Yesterday afternoon we lost one of the bucklings to what I'm assuming is White Muscle Disease.  His brother isn't doing much better either.  He's still unable to get up on all fours and I have to hold him up to nurse.  So I guess it's good news that he's not dead.  Well, not yet anyhow.

The buckling's death yesterday stung a bit.  Even though he was just a buckling who was going to end up in the freezer this Fall, I still felt crappy about it all day.  And not just because we missed out on some great BBQ and ribs and roasts.  Not sure why it made me feel so crappy; maybe because he was cute, maybe because he was so tiny, maybe because I wasn't ready for it.  And now I'm just holding on to the hope that we can get Dilly's remaining buckling up on his feet and healthy and bouncing around like crazy goat kids are supposed to.

OK, enough of that.

Clover's doeling IS hopping around like a normal, healthy goat kid.  I've already let them out of the maternity confinement since the weather was so warm and beautiful and darnit, if she isn't stinking adorable.

It's 2:30 in the morning as I type this.  I'm up, not because of those old women issues, but because I was sure that Lily was going to pop.  Since I totally missed the other two Boer gals labor signs, I've been extra vigilant on checking on Lily and she had a tiny bit of goo on her behind Sunday afternoon.  She doesn't like being locked up in the kidding pen (she hollers the entire time) so I figured I'd just leave her outside since the temps weren't getting that cold tonight and just check on her every few hours.  Hence my late night / insane early morning blog post.

Of course this means that she will not kid until I finally collapse from lack of sleep, or, just to remind me that I have absolutely no control over, Mother Nature will help Lily kid in the middle of the day, meaning that I didn't have to stay awake all night.  Oh well.  I'm sure I'll get some quality napping time in later on.  Ha.  That's funny.  Maybe if I stick The Muppet Show in the DVD player for Rhiannon I can sneak in some Z's.

Another non-death news tidbit;  Twinkle Toes, the almost-pecked-to-death rooster is up and around and pretty much back to normal.  He was crowing and wanting out of the then-unoccupied kidding pen turned recovery pen after only two days so I let him out.  Although the offending rooster is long gone, I still need to put a few more of them in the soup pot.  Those deaths, however, I won't be getting all teary eyed about.  Rooster soup is good.  Especially with homemade noodles. 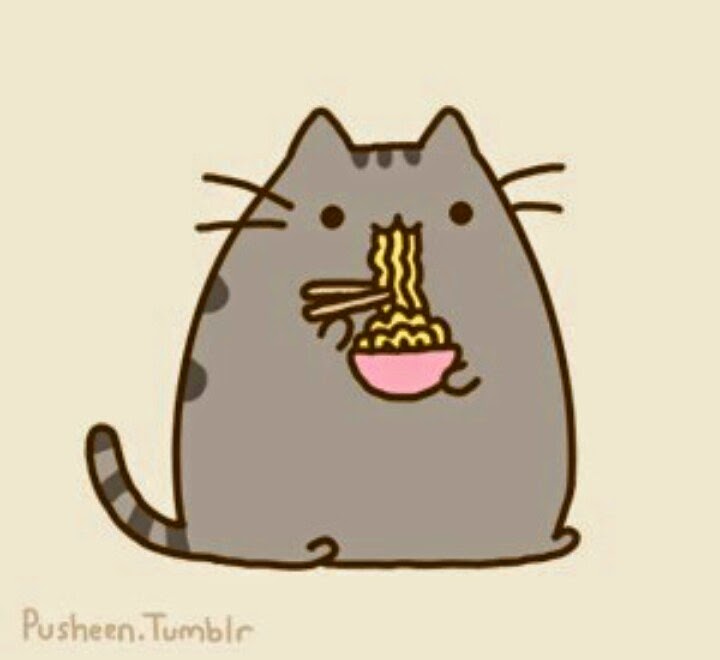 Soup and Noodles makes everyone happy.
Posted by Carolyn at 2:53 AM