In Defiance of Spring

Rhiannon's snowman lasted through yesterday's Spring'ish temperatures and stood defiantly, even through the evening rains.

It's headless, severely emaciated, drastically shorter in stature and not really anything resembling a snowman, but still it remains.  A visual reminder that Winter will not give up it's grip on this Ozark homestead and it mocks me every time I open the front door. 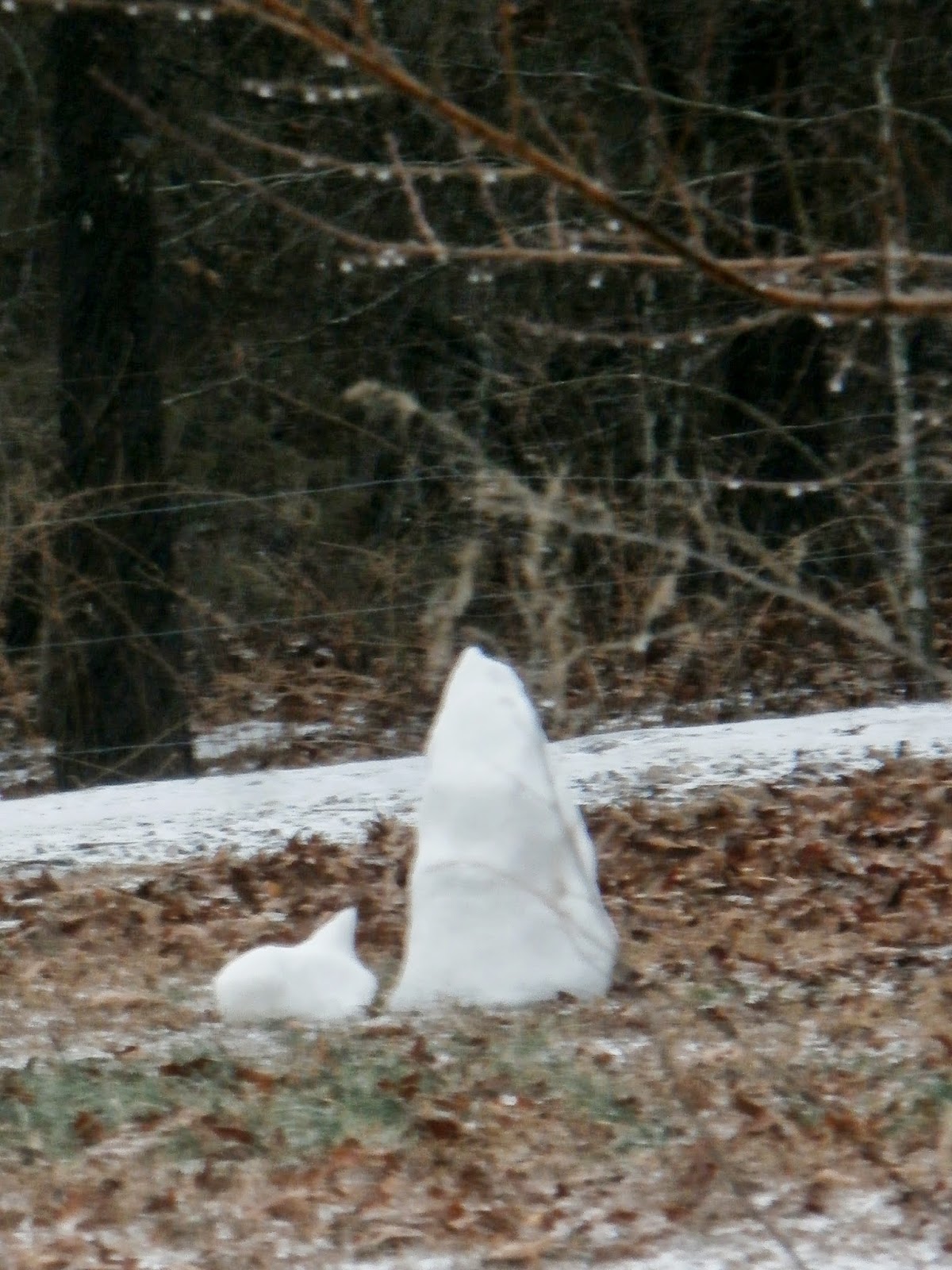 There were only a few spots of snow still on the ground before dark last night, but the thicker patches of ice no doubt remained, now being covered under a fresh blanket of sleet on which I will eventually step through, slip on, and end up on my rear end while attending to barn chores later this afternoon.

At least the poop soup slushy mixture will soon be frozen and if we do end up getting the 2" - 4" of snow forecast later today, the scenery will look cleaner than it does now with all the muck.

Not sure how I'm going to convince the goats to come out of their huts for feeding time.  We'll see how hungry they are.
Posted by Carolyn at 12:51 PM